As part of the extensive remodelling of CORE (formally 30 Brown Street) a commercial office building in the heart of Manchester. isGroup was approached to work closely alongside the developers BBRE and PRP Architects to deliver signage and branding solutions.

It was imperative to the client that the signage complemented the decor of the building. To achieve this. two primary materials were used ‘super mirror polished’ Rimex™ and 3M Blaze Dichroic film. Following in-depth consultations with both client and architects. we created various prototypes to demonstrate the feasibility of using the selected materials.

Using Rimex™ ‘super mirror polished’ instead of mirrored glass allowed us to laser-cut to size and create a tight fold that achieved not only a seamless integration but also a final assembly that had no visible fixing points on the product. Rimex™ a lighter and shatterproof alternative to mirrored glass. Rimex™ ‘super mirror polished’ was also used externally as a building identifier with individual Rimex™ characters mounted onto the external glazing.

The 3M Blaze Dichroic film was used consistently throughout the project and can be seen in a variety of areas within the building. In the atrium. it was applied to the rear of the toughened glass for the building directory, where it was backlit with internal Sloan LED’s. It could also be seen on each storey of the building as it was used on the floor-level indicators.

The Dichroic films colour-shifting effect as well as being aesthetically pleasing provided a modern ambience in the room in which it was fitted. Due to the premium nature of the dichroic film, each element was designed to maximise sheet yield meant there were no joints in the elements which would have compromised the aesthetics of the finish.

Challenges with the project included the lighting technique which had to be perfected with comprehensive testing and prototyping inhouse as the Dichroic film had not been used before this reduced risk when the directory was being assembled on site. Due to the size and weight of the glass. all the weight was transferred to the shortest edge. so a custom-built lightweight aluminium frame was produced to prevent twisting and warping of the glass.

The resulting product was a combination of premium materials and impeccable design. The backlighting of the dichroic film intensified the ‘colour-shifting’ properties and created the illusion of an evolving yet integrated landscape. The Rimex™ created depth within the room and invited the eye to wander, which resulted in an engaging space for employees of the unique and artistic building, electrifying teamwork, facilitating creativity and making collaboration frictionless. 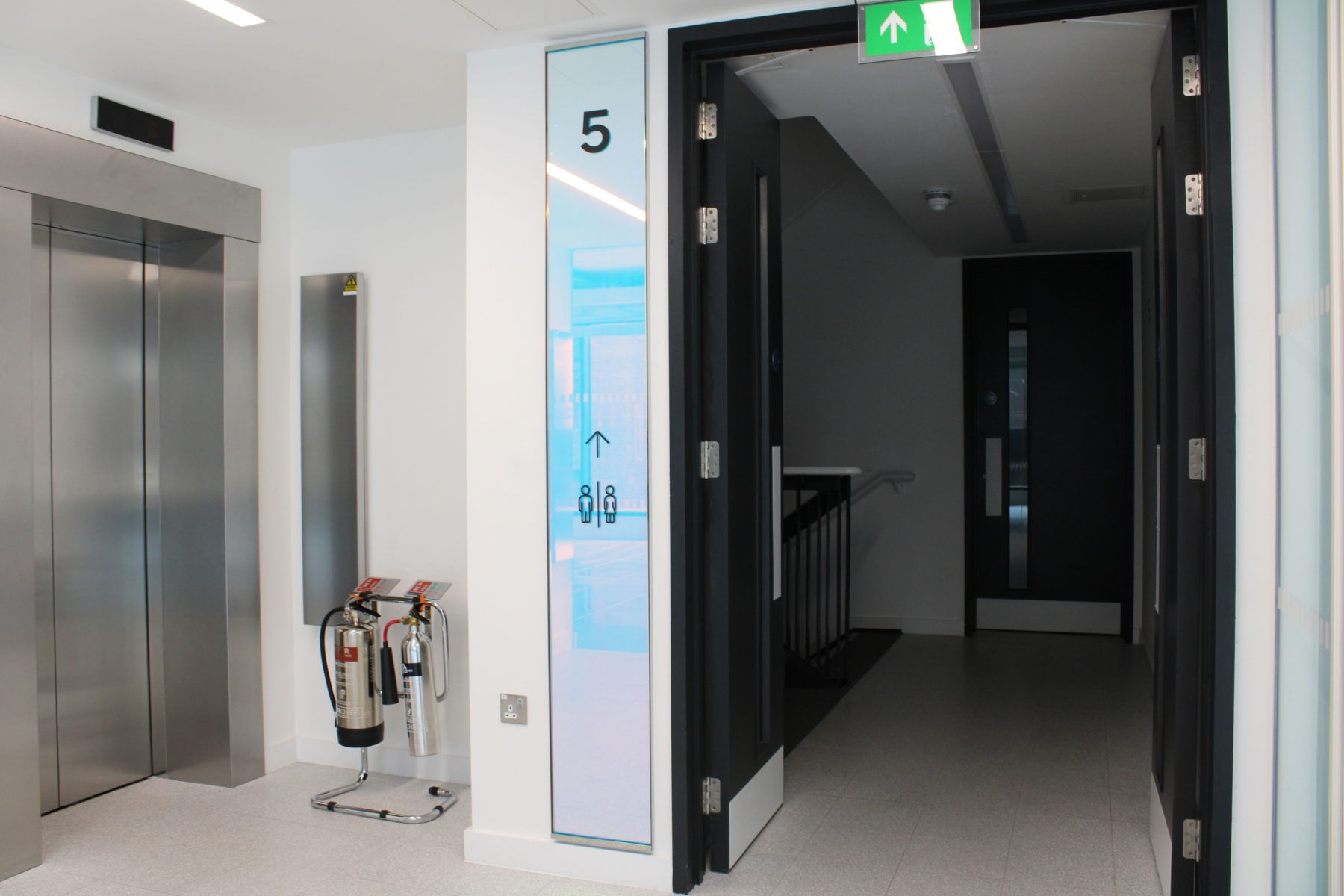 We appreciated their understanding of our brief

Boultbee Brooks engaged isGroup to undertake the building signage at the CORE project. What we appreciated most about working with isGroup is their understanding of our brief, their ability to work up and improve on concept drawings through sampling and prototyping led to a smooth installation process.

More of our work